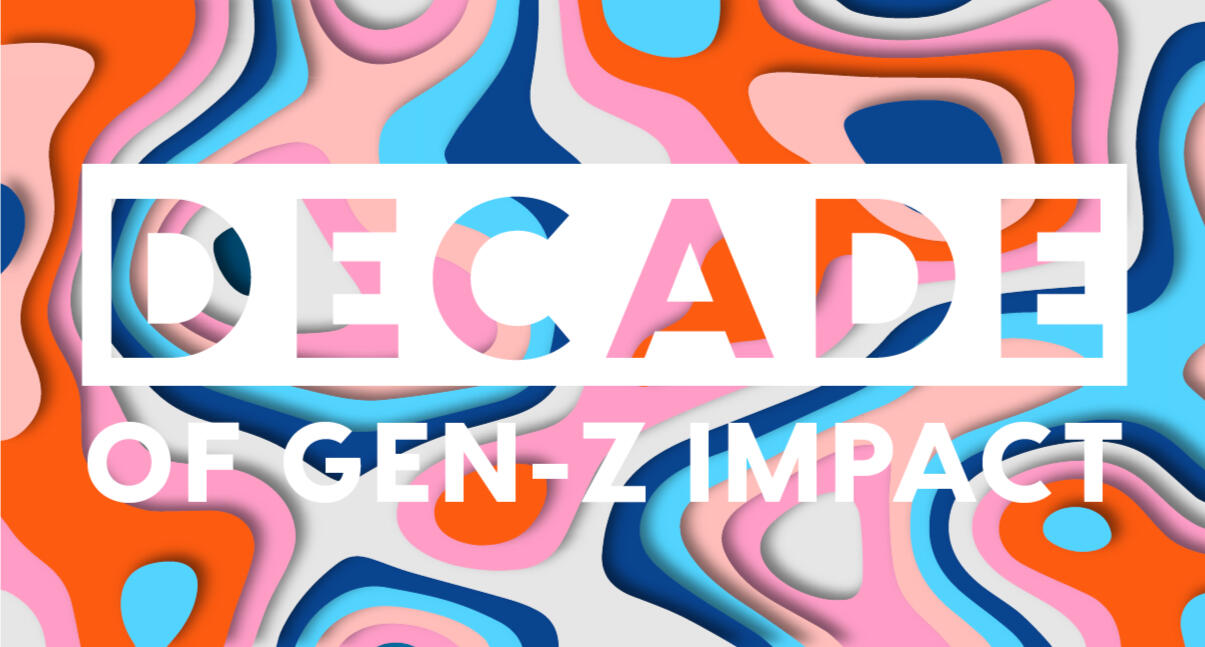 a decade of gen-z impact

Three cultural aspects that Generation Z has influenced, improved and revamped throughout the past decade

From climate strikes to gun control marches to anti-abortion protests, this decade has become a time for people to speak up for what they believe in. Any issue — whether that be gender equality, LGBTQ+ issues or racism — can weave its way into daily conversations.

Throughout the decade, people have become less and less afraid of advocating for what they think is right. Growing from 11 year olds yelling about sharing with a sibling to 18 year olds protesting in front of the Capitol Building in D.C., the Post-Millennials are accustomed to using their voices.

Unlike other decades, this one has come more with social, economical and environmental issues that haven’t gone ignored.

Recently, issues have arisen on both sides of the political spectrum, calling for protests. One-sided and politically-fueled Instagram posts and Snapchat stories have become daily necessities for some people. And with that came the response from the other side, creating a sometimes heated, but healthy, conversation acting as a way to start discussions about beliefs.

Over ten years, arguments during recess over whether or not someone got tagged have evolved into debates over politics that have informed Gen Z on the problems they’ll have to face when they are of voting age.

Senior Mary McConville, an activist for the disabled community and climate change, believes that activism is an important tool for this generation to learn and use to their advantage.

“I think it’s important that we take it upon ourselves to take care of problems, especially considering the past few generations haven’t really done much to help,” McConville said.

The Women’s March, Global Climate Strike and protest against the Westboro Baptist Church are some of many events that Gen Z has participated in and organized during this decade. Events like these bring together thousands of like-minded activists to work for a cause, creating a community of people who move towards change. Activism has become a major trend of the 2010’s — as simple as a retweet or as large as a rally with thousands of strikers.

Self-expression and a stronger sense of self-purpose have evolved throughout the decade thanks to Gen Z.

Instead of following in the past generations’ footsteps working towards the most plausible option for the future, this generation has learned to be focused on passion — they’ve found what they do best and use it to their advantage.

Individuality is defined by distinguishing oneself from others because of a certain attribute or multiple attributes, which is hard to accomplish in a society where everyone seems to be the same. But in a world that constantly pushes people to be similar, with models that all look the same and expectations of what success looks like, this generation has begun to make sure each and every person stands out.

Many members of Gen Z in the public eye — such as Billie Eilish and James Charles — have already made their mark on society at such young ages. Teenage celebrities not only are groundbreaking for being so successful at such a young age, but also because they inspire so many other young dreamers with high aspirations. By becoming so successful in their respective fields, they give people the confidence to work on their own craft.

Radiating individuality doesn’t mean winning a gold medal at The Olympics or getting a No. 1 song on the Billboard Hot 100, but instead doing everything possible to be the best you can be at what you love.

Makeup artist and junior Amanda Collins believes that individuality is extremely important for building a future and being truly happy with where you are in life.

“Doing what you want and doing what makes you happy is so important,” Collins said. “If you have something that you love to do, and no one else can do it like you, it makes you you.”

The transition from elementary school to middle school to high school moved from coloring pictures of dinosaurs to crafting four-page essays. Homework got harder, time commitments got longer and the road to college got more stressful.

In order to maintain sanity and keep a healthy state of mind and body, self-care has become a necessity in the lives of people over the decade. Both mental and physical self-care are extremely vital in a productive and successful life, according to Forbes.

Mental health awareness has grown immensely over the past decade. With stressors appearing everywhere in the lives of today’s high-schoolers, a little mental break every once in a while can make or break an upcoming test or overwhelming college application.

Apps like Calm and Headspace — both released in 2012 — facilitate the meditation and relaxation process. These programs were programmed to make self-care an easy part of a daily routine.

Junior Zoey Lovern, an avid believer in self-care, thinks that self-care is essential in a positive lifestyle.

“It’s important to focus on yourself for a good amount of the day,” Lovern said. “Or at least just check-in and make sure you’re doing alright.”

And with suicide being the third leading cause of death in ages 15-24, according to Stanford Children’s Health, self-care is becoming a normalized topic of conversation.

“It’s okay to talk about your depression,” Lovern said. “Being able to come forward about those mental problems is the first step in being able to take those self-care steps.”

On the other side of self-care, working out and eating healthier foods have become a trend over the past decade. Restaurants and health bars like Eat Fit Go and 913 Nutrition have become staples in the Thursday morning late start routines of students.

“Self-care is trying to be the best version of yourself,” Morgan said. “If you can be confident in your progress in the gym, or in whatever you’re doing, it’ll help you.”